Song Guide for Your Wedding Day 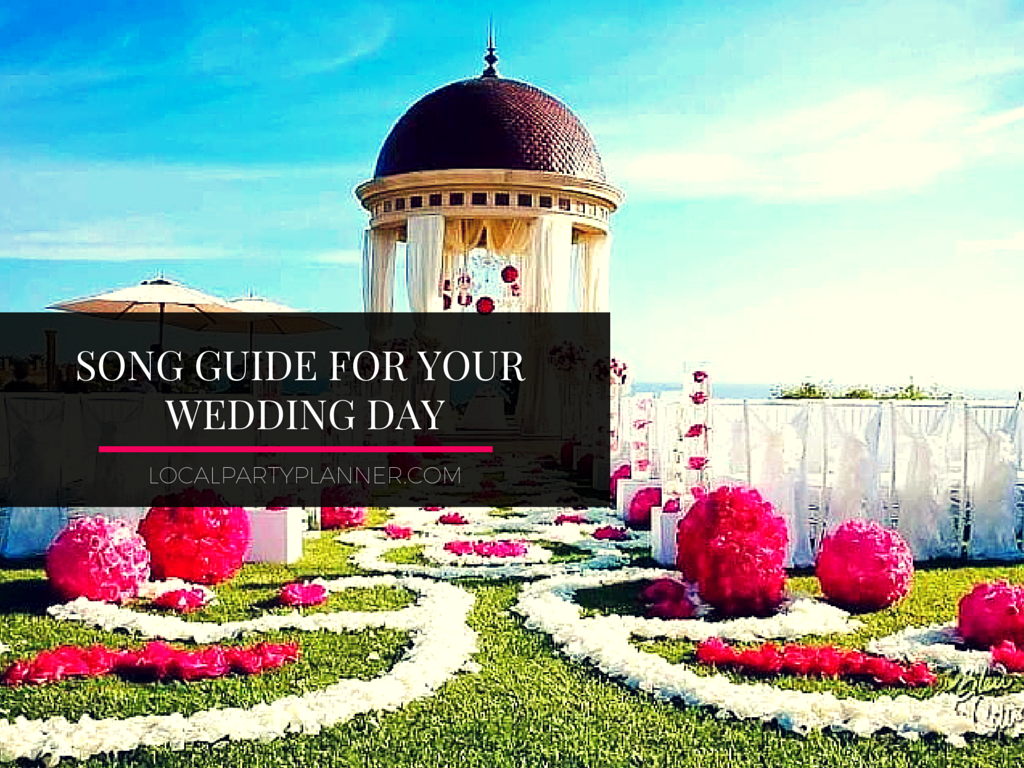 No matter what style or type of wedding you’re planning, there’s a list of major categories that you’ll need music for. You’ll need to decide on different songs for specific parts of the day. Here is a song guide for your wedding day to make sure you don’t forget a soundtrack to any of your special moments. 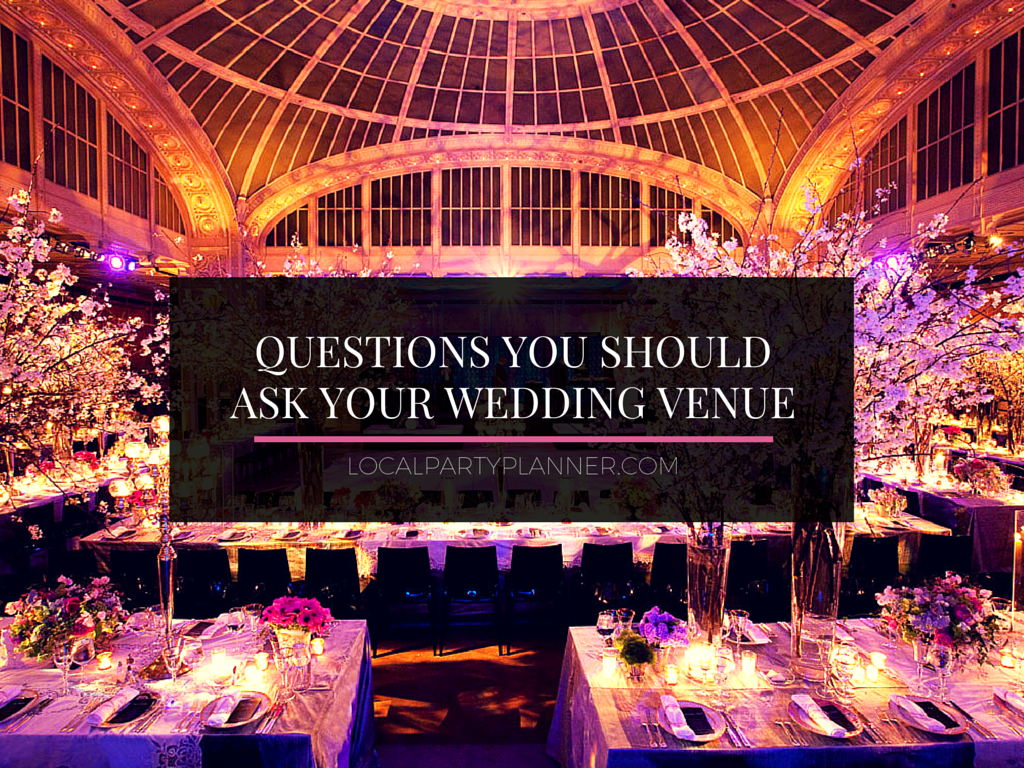 When comparing wedding venue options, it’s important to make sure you understand all the details of each offer so you can compare wisely and choose the best option. After all, choosing the cheaper venue only to be later surprised by a bill with unexpected costs is no fairytale.

Here are some questions you should ask your wedding venue before signing a contract:

How to Put Together The Ultimate Wedding Planning Notebook 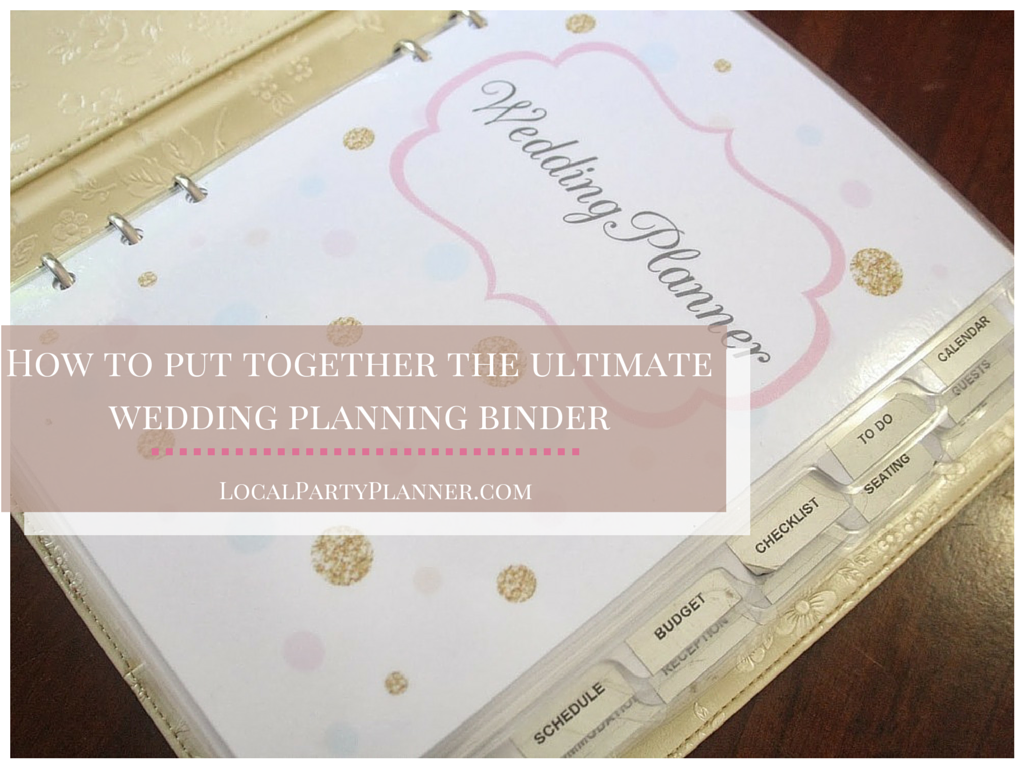 Label your dividers to create these categories:

NOTE: Plan your wedding or event on LocalPartyPlanner.com and make use of our bride’s workbook which allows you to:

How to Avoid The Biggest Wedding Budget Pitfalls 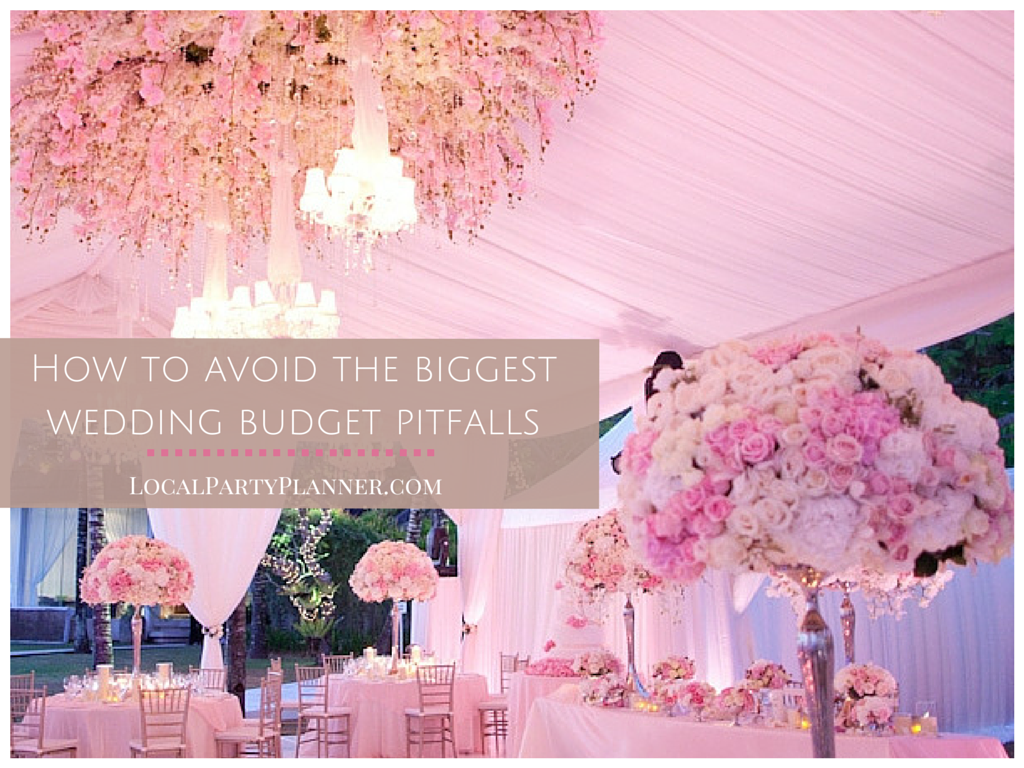 You’ve been dreaming about (and obviously planning) your wedding day since you were a little girl. Thanks to Pinterest, wedding planning is a whole new ballgame these days. However, all these endless ideas can really wreak havoc on your budget. Knowing wedding budget pitfalls and preparing for unforeseen costs is key to avoiding a minor heart attack when being presented with a swoon-inducing bill.

Plan the wedding you’ve always dreamed of without cleaning out your savings account with these tips on how to avoid the biggest wedding budget pitfalls. 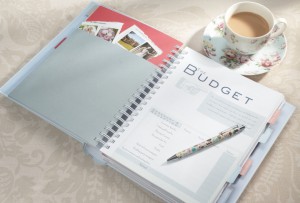 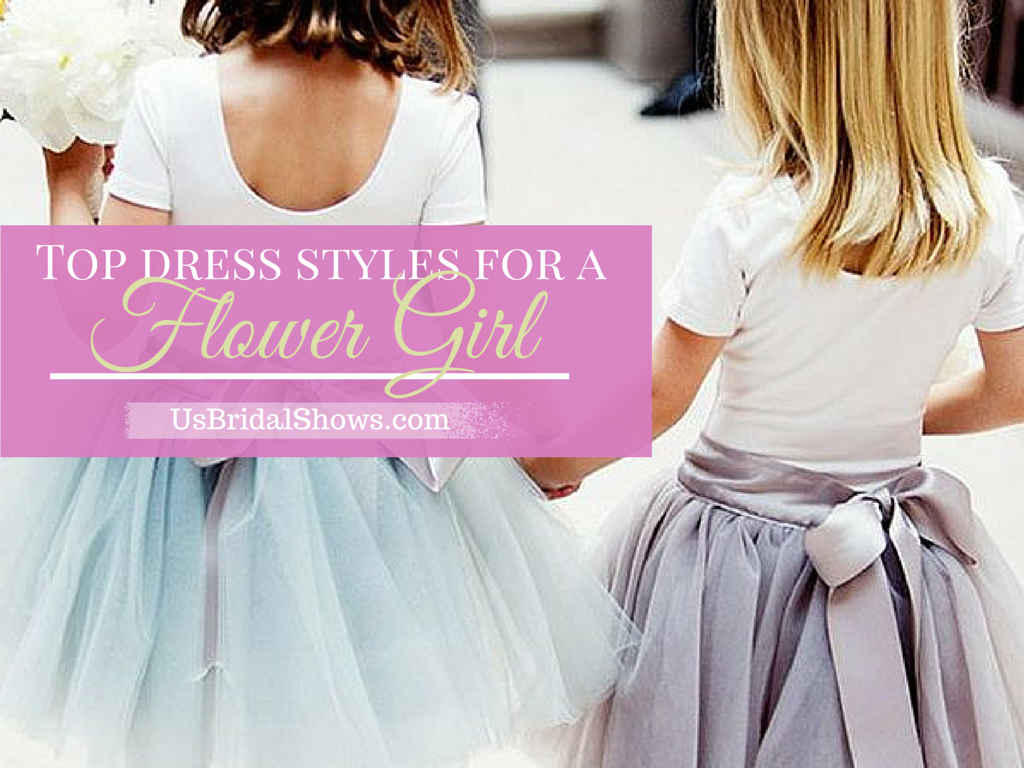 She may be small, but your flower girl has a big job; leading the way for your walk down the aisle. Because of her unique role, a lot of thought is put into the flower girl’s dress. Many brides opt to have these darlings dressed in miniature versions of their wedding gowns. Other flower girls are outfitted in white dresses with sashes to match the bridesmaids. From tiered skirts to floral accents, each option is cuter than the next. Move over, Suri Cruise; these trends will have your flower girls looking like little fashionistas! 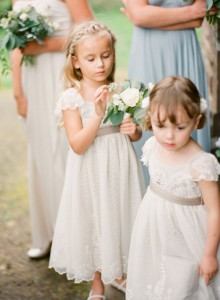 A colorful sash adds a beautiful pop of color to a white flower girl dress. Match the color of the sash to the bridesmaid dresses for a look that ties in the entire bridal party together. 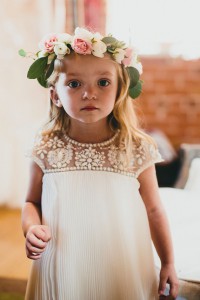 A flower girl can never have enough flowers. These textures look absolutely divine and add a fun, youthful element to these adorable dresses. 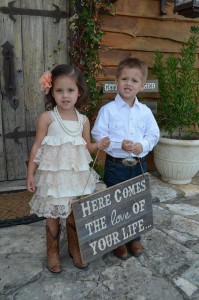 A tiered skirt adds the perfect amount of volume to a flower girl’s dress. It creates a lovely shape and adds a princess-like effect – every girl’s dream! 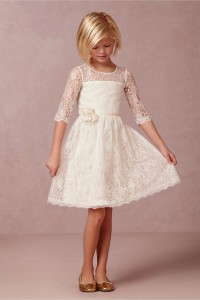 Considering that flower girls are generally between the ages of three to eight, it’s appropriate for them to be wearing dresses befitting their ages. Sleeves add a demure look to the dresses and, if possible, make the girls look even sweeter. 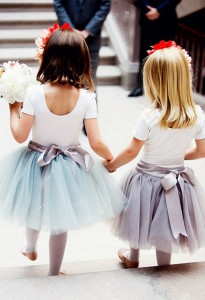 Flower girls don’t necessarily have to wear white. Lemon yellows, mint greens, and pretty pinks are popular choices for flower girls. Candy-colored frocks perfectly complement the sweetness of these little girls. You can even match the flower girl’s dress to the flowers at your wedding!

Planning a wedding is tough work – you have to consider every single detail in order to create ‘the perfect’ scene for your beautiful love. Too often, new brides forget that there are services like The Bridal Show Planner that can inspire and give direction for your big day so that things come together much smoother! We’re here to help!

Talking To Mom & Dad About Contributing Towards Your Wedding 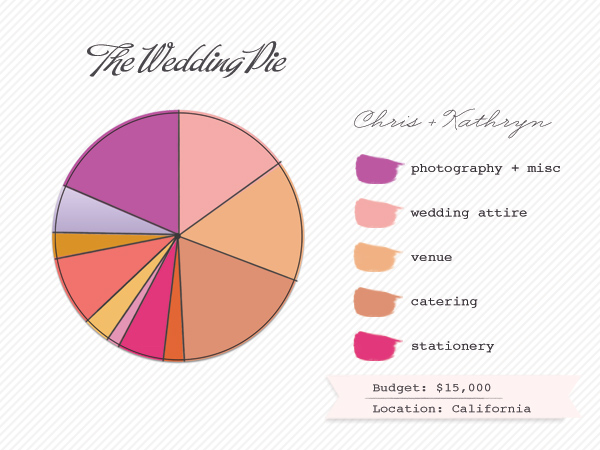 Money is an incredibly tough subject these days, especially when dealing with an expensive event like a wedding. Don’t worry though, we’re here to help lay out the rules of etiquette when it comes to talking to Mom and Dad about contributing towards your wedding. . 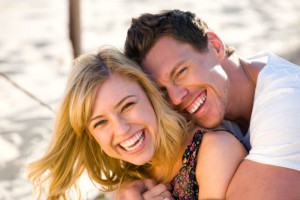 Talk to Your Fiance
Before saying anything to Mom and Dad, sit down with your fiancé and discuss your expectations. Make sure you get to a point where you both agree on your vision and how much it will cost. Be honest with each other about both families’ financial situations; you may find that you have to scale back on your original idea. 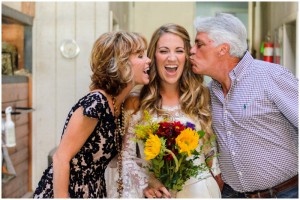 Whether you speak to Mom and Dad by phone or in person, you need to be very polite when asking for money. “Ask, ‘Do you feel comfortable making a contribution to the wedding?’ Then let them suggest what’s best for them. 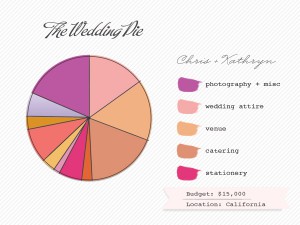 Spell Out the Details
Once money is offered and accepted, other issues arise. Will your parents assume that they’ll have more control than you’d like? You’ll have to be clear that the buck stops with you and your fiancé. At the same time, be aware that their contribution does mean that they’re involved. Also, make sure they know that you’re asking for a gift, not a loan. Don’t borrow money. You don’t want to start your marriage in debt. 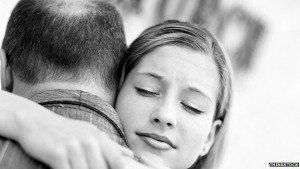 Avoid Hurt Feelings
Remember that there are two sides of the family now: yours and his. If your own mom and dad offer to pay for half the wedding, you should run it by your future in-laws before you agree. Bruised feelings may result whenever people are put in a position to pay more or less than other people. This isn’t always about wedding etiquette, make sure you’re comfortable with who pays for what at the wedding. The same goes for divorced parents—discuss asking for money with both separately in order to see what each is comfortable with.

Budget Wisely
Once you’ve accepted family contributions, create your wedding budget. Your job as a couple is to stay on track. It wouldn’t be proper wedding etiquette asking for money from your parents and then go over budget. If you’re planning to save up money yourselves during your engagement, decide how much you can set aside each month and keep a running total as you go; for each couple this will be different. For extra motivation, keep your tally displayed on your fridge. We suggest using a debit card for wedding-related purchases, so that these costs are immediately deducted from your account, making it easier for you to stay on top of what you have left.

The Significance Behind The “Flower Girl” 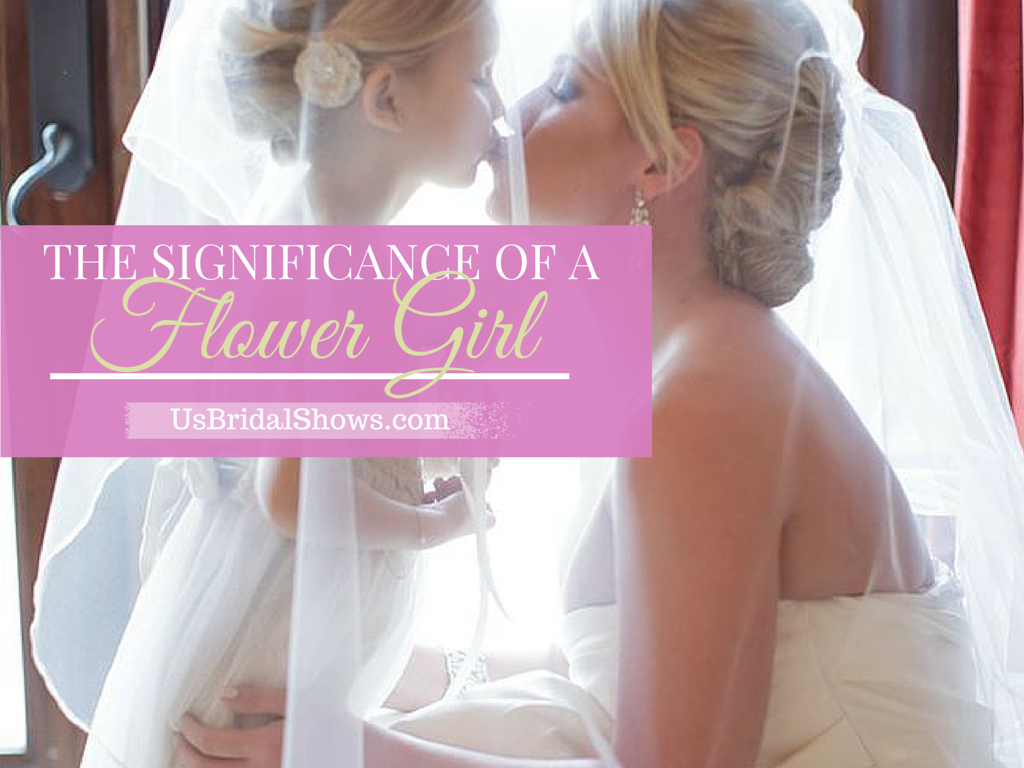 The Significance Behind The “Flower Girl”

Many brides decide they want to have a flower girl in their wedding, usually to include a younger family member, or to have a pretty sprinkling of petals down the aisle. But there is actually significance behind the flower girl. Her purpose is to lead the bride forward and symbolize the innocence fading away, and her role as a mother and wife coming forward. 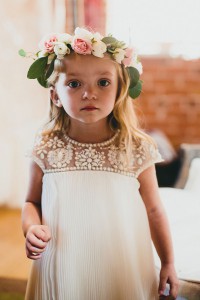 The tradition began in Ancient Rome, where the flower girl serviced the bride and groom by carrying wheat and herbs. This was to bless them with prosperity and fertility. Throughout Western Europe, the only people who attended to the bride were those of youth. So all of the attendants in the wedding party were children. Finally, and the most notable of “flower girl visions” is the Victorian flower girl: a young, little girl in a white dress carrying a basket full of rose petals. 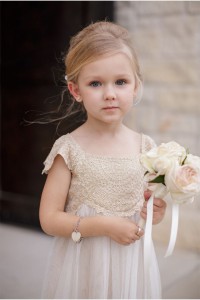 Today brides still use flower girls in their wedding, and a lot of the time they prefer to choose a flower girl that will mirror their own image. Sometimes the flower girl wears a small version of the bride’s gown, though most of the time she wears a dress similar to that of the other bridesmaids, whether it is in color, style or both. She is to symbolize innocence, beauty and even good luck!

Though there aren’t many alternatives to a flower girl, if you’re not having one, you could simply give your guests petal cones and have them sprinkle the aisle as you walk down it. Petal cones make a great alternative to rice or bubbles, but in this case they would be used during the ceremony rather than after. 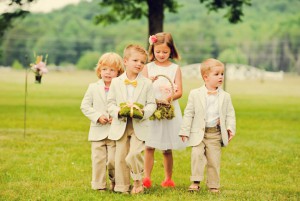 And just in case you were wondering where the wedding ring bearer tradition originated? After a tireless search, it’s safe to say most have struggled to pinpoint the origin of the wedding ring bearer tradition. Some sources say the tradition was born in Ancient Egypt, where it was customary for treasured jewels to be carried on ornamental pillows during wedding ceremonies. Either way, it’s nice to have another young person included in the wedding party – if not just to make things super cute!

How to Provide Comfort and Excitement for Your Wedding Guests 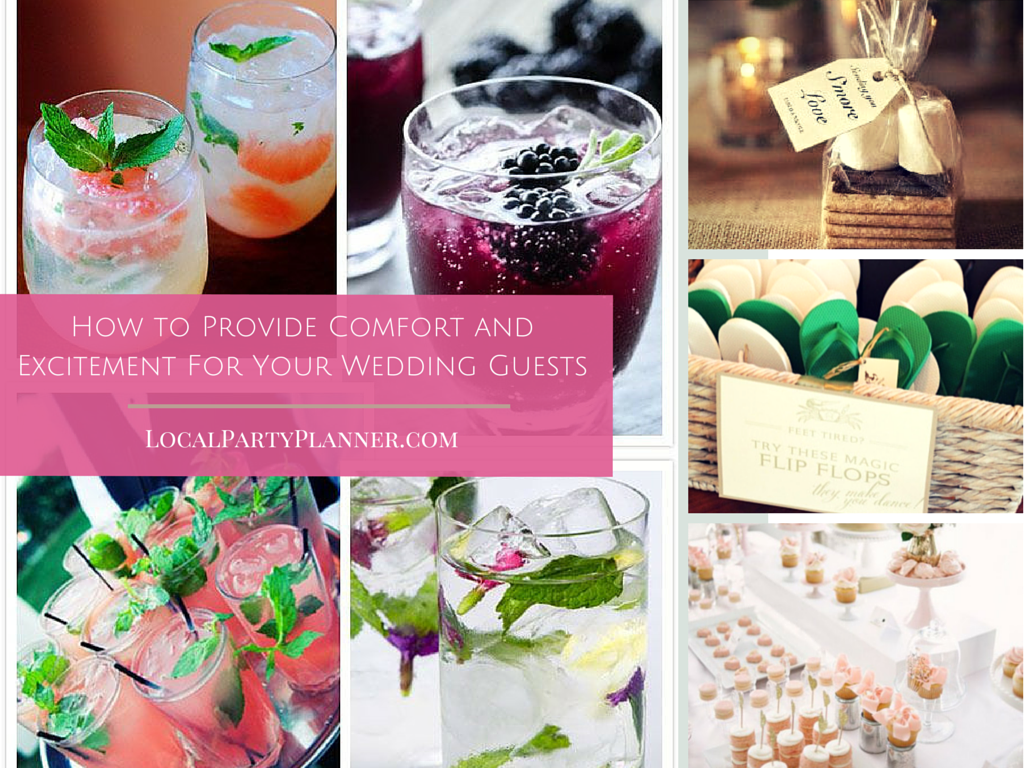 When it comes to planning an unforgettable wedding reception, keeping your guests’ comfort in mind is vital.  It’s easy to get caught up in the quest for the Pinterest-perfect wedding, but providing comfort and excitement for your wedding guests is what really gives them something to talk about months after the big day.

END_OF_DOCUMENT_TOKEN_TO_BE_REPLACED 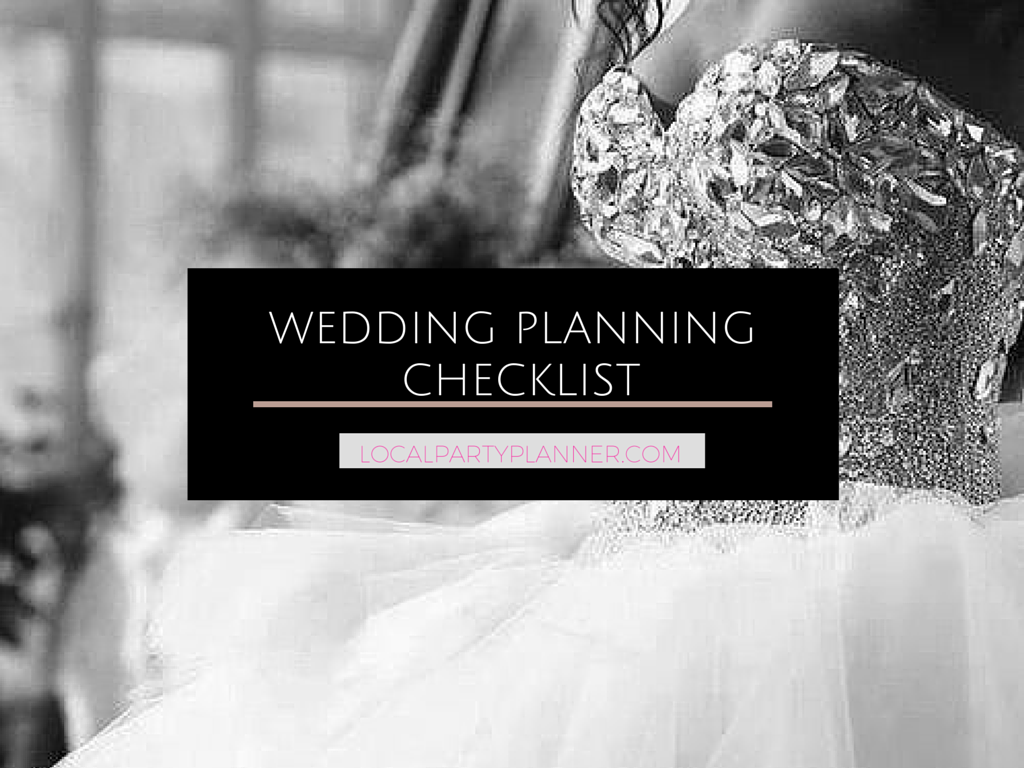 YAY! You’re engaged!!–Now what?!  By the time the excitement of FINALLY getting engaged sinks in, reality hits and you realize you have to start actually planning! Even though you’ve been planning your big day since you could barely walk, you’ll be shocked at how many details you still have to sort out.  You never realize just how much truly goes into planning a wedding until it’s your turn.